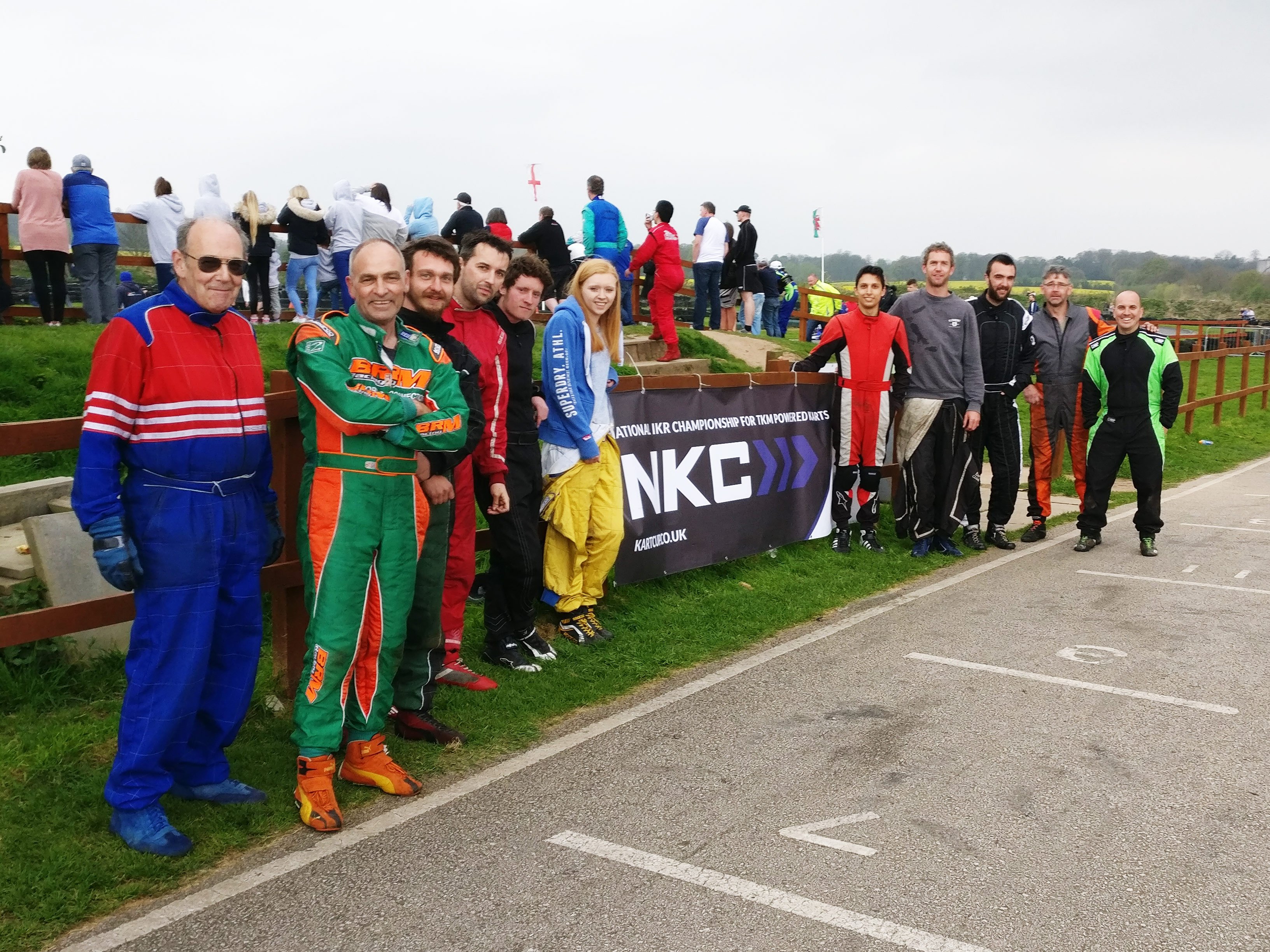 Well where did that go? It seems like only a few weeks ago we turned up at Hooton Park to scribble over a load of tyres. And yet here we are, reminiscing on the inaugural NKC season. We’ve said it several times already but here it is in print, we really couldn’t have hoped for a better bunch of people to enjoy this championship with, including all the family members who made the trips to support their drivers. Everybody has gone above and beyond the call of duty at one point or other to help another driver, whether it’s been lending parts, working into the night to cobble together an engine, or volunteering for pushing duty whenever needed. Thank you to Phil Smith, who volunteered for the position of official compliance head honcho part way through the season.

For sure there were on track incidents and we can’t claim to be any better or worse than most other series in that respect. However, these were always accepted with humility, culprits held up their hands and apologised where necessary and everyone was friends at the end of each day. Good sportsmanship has been prominent throughout and there hasn’t been a single incident of deliberate contact or accusations of cheating. This has made organising the championship a breeze and we thank everyone for that.

So, it all began with frisbee throwing at Hooton Park. A surprise highlight of the season as you can’t appreciate how good this track is until you drive it. This was where disaster was averted after Darren Smith’s TAG motor gave up the ghost in practise. Thankfully the Kings were at the ready with their mobile workshop and a spare TAG engine that could be robbed of parts. Without their efforts, this would have been a long and wasted trip for Darren and dad, Phil. The racing was close as everyone revealed their pace and the locals complimented us on how enjoyable it was to watch. We left Hooton with Megan Williams leading the championship but all to play for.

When we heard Megan couldn’t make Fulbeck due to a broken wrist (which apparently hadn’t stopped her racing at Hooton!) we were all very relieved disappointed. Luke Gee made his first of 2 cameo appearances and lit up the timing screens and Caroline Jennings and Steve King joined us for the first time. Rob Cox showed us how to pirouette whilst attempting an overtake (twice just in case anyone missed the first one). The top order was becoming established with Oli, Jake and Chris filing in behind Luke. Then we all embarked on the long journey home, only 50% of which was spent on the circuit entry road.

As we all arrived at Llandow in June there was a strong risk of wet weather. How cliché that the only time our wet tyres got used was in South Wales. Not on Saturday though, which was spent in glorious sunshine. Megan was back and crikey she was quick! So quick in fact that we all let out a sigh of relief when she realised somebody had forgotten to fit her restrictor. The culprit was a mystery but strangely her brother who wasn’t even there appeared to be copping the blame. Never mind, restrictor back in and Megan was still quick, despite her barely healed wrist.

And so it did rain overnight, but the track was drying quickly after a morning shower and by heat 3 we were back on slicks. Rob took someone out (naturally), Steve King this time, but he’s family so we put up with him. And then the final came and the karting controversy of the millennium kicked off. NKC co-organiser Oli ‘won’ but part of his kart didn’t finish. The local stewards spotted it but decided against giving the correct mechanical flag at the time. There was much murmuring in the paddock about the result, though the organisers were oblivious and presented Oli with the winner’s trophy. However, sense prevailed and we realised we’d dropped the ball. Rules on racing and particularly regarding safety need to be as consistent as we can make them and we had to step in on this occasion. The correct result was established, Oli lost his win and made a mental note to tighten up his nuts in future. Phew, disaster averted, just.

Now what can we say about Lydd? The ridiculously hot weather? The strange looks we got whilst playing throw the ball in the engine box? The numerous engine starting failures (surely something to do with the weather)? Then there was cameo number 2 by a certain Mr Gee. This time not so glorious as he managed to hit more drivers than he missed. We’re sure it was just an off day, Luke 😉

It was great to see how close the racing had got. In one heat the top 8 drivers were separated by just 3 seconds at the chequered flag. Unfortunately for Oli, an incident in the final put another dent in his title challenge as Jake and Chris took full advantage. Megan had a poor day, including a mechanical flag DNF, which put an end to her title aspirations. Chris couldn’t believe his luck, after failing to get going in the first 2 heats it looked like game over for him too, but he left somehow topping the table.

After an extended summer break, it was great to see everyone again at Clay Pigeon, where the NKC concept started. This was a real treat thanks to the facilities, especially as it was now late September, so it was nice to spend the cold and wet Friday evening in warmth of the bar, even if Andy Wagstaff did refuse to share his chips!

Race day was tense, the title could have gone any 1 of 3 ways, right up until the last lap. By now you will all know that series co-organiser, Chris Cox prevailed on the day to take the title, with series co-organiser Oli Nitch-Smith grabbing 2nd and Jake Horan in 3rd. Any accusations of favouritism will be vehemently denied! The much coveted NKC trophy (cup!) now has pride of place on a shelf in Chris’s garage as it’s not allowed in the house. Oli’s pleased that the trophy budget for 2018 has been reduced.

The Southern Cup, for results from Llandow, Lydd and Clay, pretty much became a 1 horse race after Lydd, with Jake’s speed and consistency winning through. Any kind of decent result for him was going to see him take the title and sure enough he went home with a rather fetching trophy.

We were very pleased to be able to give some prizes away this year. 5 very handy engine boxes found new homes, courtesy of Sam Jenkins Motorsport. Then at Clay Pigeon, Nick (Mick, Michael, who knows?) Manning was the lucky winner of a custom race suit, courtesy of racewear.co.uk. Special thanks to Sam Jenkins (SJM) and Max Tyler (racewear.co.uk) for supporting us with their generosity, though we are really going to miss Nick’s 80’s inspired race suit. Perhaps he’ll sell it……