Our history and our goals – About NKC

Our history and our goals – About NKC

NKC was born out of the desire of 2 guys to race around the country. We’d been racing TKM karts at Llandow and Clay Pigeon for a couple of years, mainly at IKR events. We didn’t have the budget or time to commit to running in the MSUK national championships and with IKR gaining popularity all over the country, we saw an opportunity to hook on to these events with a grid of TKM karts.

We were keen to make this as budget friendly as possible, so we decided that everyone would do the season on a single set of slicks. With our friends from Clay and Llandow showing enthusiasm for the idea, we had a grid and 11 drivers made the trip to the first ever NKC event at Hooton Park Indikart in April 2017.

We had a great time that year, the grid modestly grew in size and Chris and Oli had a 3-way battle for the title with Jake Horan, with Chris taking the first NKC title, more by luck than judgement. The seed was sewn.

For the 2018 season we were kindly offered a grid by Darren Beavers within his Bambino Kart Club championship. The events were well organised by Darren and his team and we enjoyed another year of fun and relaxed kart racing, with the excellent Sam Wilson taking the title. The grid grew a bit more and at the end of the season, Darren agreed to let us add a Rotax grid for the 2019 season.

The Rotax grid was immediately popular and we were pleased to have 2 grids of around 20 drivers each. The spirit in the paddock was always relaxed and friendly, which is something NKC has become known for. We made a lot of new friends and were really enjoying the events. Mitchell Ball took the TKM title that year and the new Rotax class was won by Milton Steele-Vaessen.

Our growth had created a problem though, we were now too big to realistically bolt on to IKR meetings, so were now reliant on BKC hosting us. Our fears were realised when Darren told us at the end of the season that he’d decided to join up with Super One for the 2020 season. We understood his reasons and wished him well, but now we had a big problem.

After several weeks of weighing up options, we accepted the only realistic one was to try to generate the classes and numbers to put on the events by ourselves. However, this was a big financial risk that neither of us was able to take on, so a decision was made. Unfortunately, NKC had come to the end of the road. Up stepped Nigel Ball and Junction 6 Commercials. Nigel and his son Mitchell had been enjoying NKC and he kindly offered to give us the financial backing we needed to give the 2020 season a go. We added a Junior Rotax class and to help cover the costs, we offered space to Matty Street, with his excellent Cadet Kart Championship and looked forward to the next chapter with confidence. We can’t thank Nigel enough for his help and generosity, NKC really would have ceased to exist at this point had he not offered his support.

Well, we all know what happened in 2020. After the world started to awake from it’s covid induced slumber, we were able to get a few events on and make a 3 round championship. The TKM championship was again won by Mitchell Ball and Milton Steele-Vaessen took his second NKC title in Rotax 162. The TKM 160 class was won by Darren Smith and Mike Gamble took the Rotax 177 title.

The grids were strong across NKC and CKC, which gave us the confidence to push forward into 2021. We’d been discussing a further collaboration with Matthew Scott, who had developed an incredibly popular 90’s TKM championship, 100UK. With the 3 championships sharing the events, we were confident that we would have a successful season. With covid becoming less of an issue, we looked forward to a full season in 2021.

We’d been offering a Rotax 177 class for 2 seasons, but it hadn’t gained much traction. Our biggest entry had been 5, running within our regular Rotax grid. When we opened registrations we were pretty amazed when the class quickly reached double figures. This enabled us to confirm that 177 would have its own grid and the numbers kept climbing. By the time we got to the first meeting, 177 was the biggest NKC grid, with the other grids also hitting record numbers. It appeared the word was getting around about what we had to offer and there was pent up demand for a low cost championship. Matty was keen to run a Junior Rotax grid under his brand, so we agreed to close down our own junior class for the season. 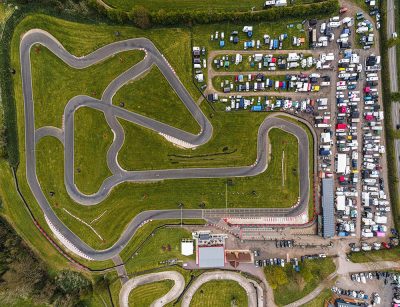 The 2021 season was a great success. The events were busier than ever, but we continued to receive positive comments on the spirit in the paddock from prominent karting figures and circuit owners. The TKM championship was won by Louis Beavan, with Tom Storrar taking the Rotax 162 title and Adam Haines winning in Rotax 177. The TKM Masters class was won by Jim King, one of the original 11 drivers from 2017.

By this stage, with the arrangements we had with CKC and 100UK, we were at the limit of what circuits can accommodate, so it was time for another step forwards. CKC went their own way and we were delighted to bring 100UK fully under the NKC wing. This enabled us to free up some capacity to continue to grow NKC, with the addition of junior classes and expansion of the existing classes.

For 2022 and beyond, NKC will be a standalone championship, offering the best value national level kart racing in the country. We will continue to develop and improve the events, with the addition of live video streaming being one of our goals for 2022. We remain committed to keeping costs down, with tyre usage restrictions being at our core, but also keeping entry fees as low as possible. It is thanks to the support of the competitors that we are able to do this and we hope everyone who enters or attends our events in 2022 and beyond has a great time.

About the Author: Chris